What were the main reasons for recent investment market returns?

Over the longer term (10 years), Shares and Property have produced the highest returns (but with greater variability), while Cash and Bonds have produced lower (but more stable) returns. This is illustrated in the chart below. 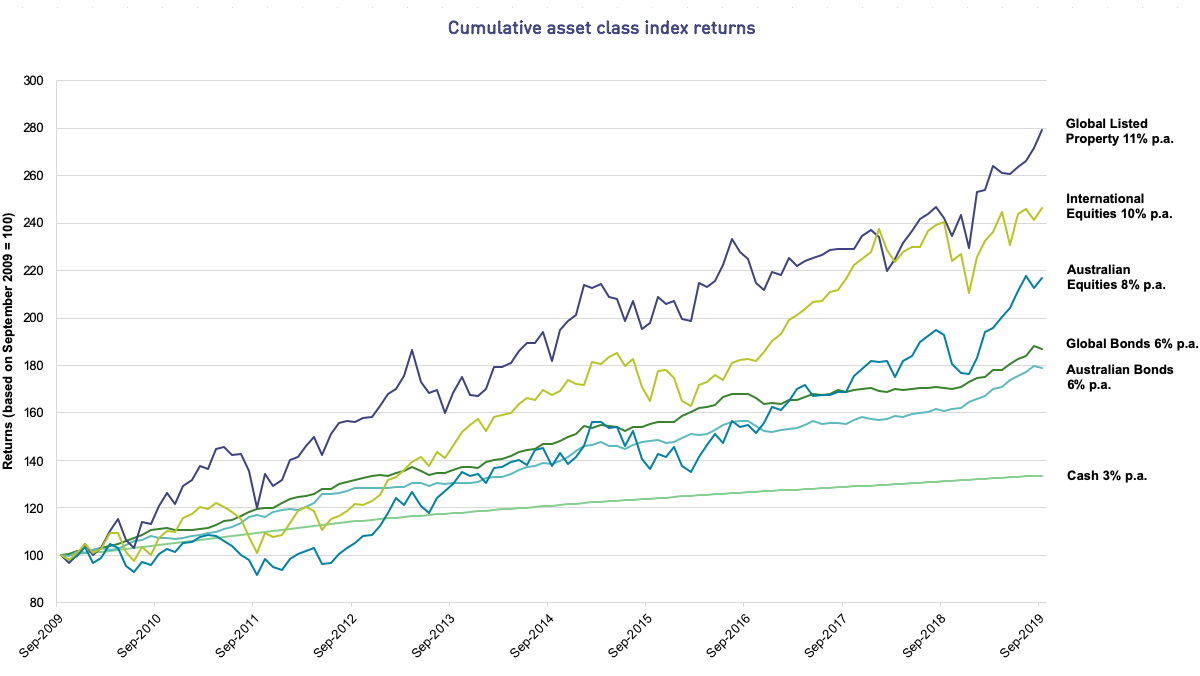 What does this mean for your investment?

Returns greater than one year are annualised.

Our diversified plans have performed well over the past one, three, five and 10 years, and returns are ahead of primary investment objectives. This performance has been helped by both the strong market performance and our above index returns across Cash, Bonds, Infrastructure and International Shares over the past year.

While short and long-term performance has been strong, we are by no means complacent. We are focused on delivering long-term returns that meet or exceed objectives, while remaining flexible to manage evolving investment market conditions. We follow a careful process to ensure our investment managers are making prudent decisions and achieving returns consistent with our investment objectives.

Performance information should be used as a guide only, is of a general nature, and does not constitute legal, taxation, or personal financial advice. The performance of your investment plan is not guaranteed and returns may move up or down depending on market conditions. Past performance should not be relied on as an indication of future performance. In providing this information, we have not taken into account your objectives, financial situation or needs. Therefore, you should consider the appropriateness of the information in relation to your objectives, financial situation or needs, before acting on it. We are not licensed to provide financial product advice. You should read this information in conjunction with other relevant disclosure documents we have prepared. You should seek advice specific to your personal circumstances from a qualified financial adviser before making any decision with respect to your investment plan.

Thank you for printing this page. Remember to come back to gesb.wa.gov.au for the latest information as our content is updated regularly. This information is correct as at 28 January 2020.